I started writing graffiti in Barcelona in the early 90s. I didn't use the name Justin Case back then, in those days we used short names like "Kool," "Capi" or "Mast." I chose the name "Fazy." I wasn't really interested in art, I was more worried about writing my name on walls and trains. Graffiti is about looking for recognition inside the movement, writers don't care so much about what the outside world thinks about it.

Photography for me was just a tool to document my pieces before they disappeared. You never knew how long a graffiti piece was going to last, it could be buffed by the cleaning squad or capped by another writer with whom you didn't have a specially good relationship. So taking a picture of the piece was something important for us.

We didn't care much about the lighting or the general quality of the photos. We normally took them by night right after finishing the piece. It was just like a record, a proof: "I've been here," "I've done this." We liked to pose next to the finished piece, so in many cases we didn't even take the pic ourselves, but some friend who was painting with us that night. We used cheap point-and-shoot cameras. There were no digital cameras in those days, so you couldn't see the photos until the roll was finished and you took it to be developed, and you couldn't edit the photos once they were developed. There was no Internet or social networks to share your pictures either. Everything was quite different back then. 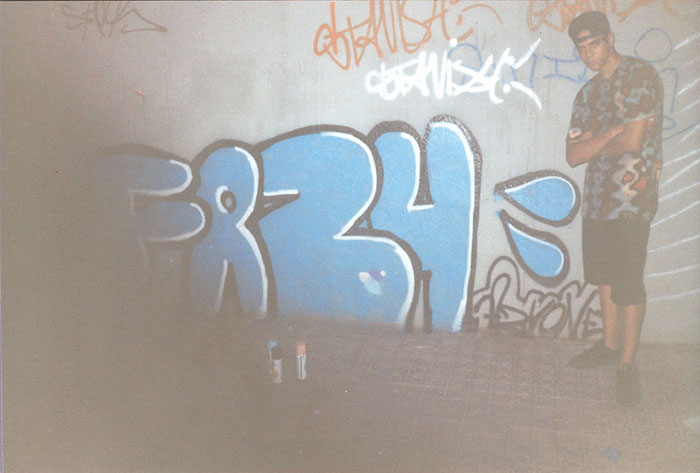 After a while, I started taking pictures of my friends' pieces too, and also of my friends "in action" (that is, painting). I thought it was interesting to document also the process of making a graffiti piece, not only the outcome.

Some years later, when the Internet arrived to my house, I had a collection of thousands of pictures of graffiti and street art, so I decided to open a Flickr account and share them with the world. I didn't have any problems with the pictures of the finished pieces, but when I started uploading pictures of my friends "in action," some of them asked me to censor them. Graffiti is illegal and some people consider it an act of vandalism. In some countries you can even go to jail for it. So many writers don't want their faces around the Internet. This was a challenge for me, because I don't like the concept of censorship itself, and pixelating their faces made all my photos look like police records with some criminals in them. So I started experimenting in search of a way to hide their faces without really censoring them.

After trying different ideas I came up with the perfect solution: to cover their faces with their own characters! 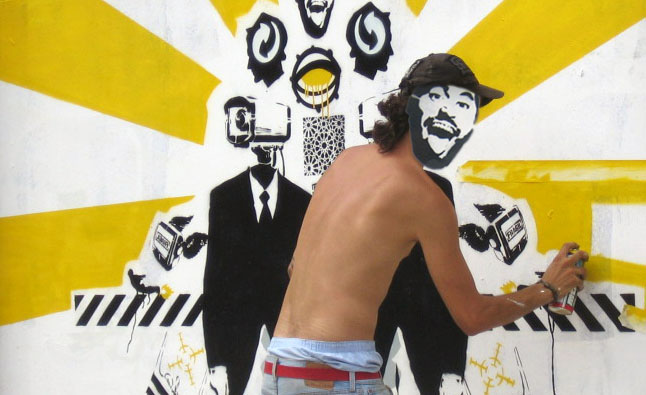 Most graffiti writers and street artists make characters, so I just had to copy and paste them on top of their heads.

At the beginning I didn't pay much attention to the angle of the face or the integration of the images. It was just a quick way of covering their heads that could be done in five minutes before publishing the picture.

But after some time I started discovering the secrets of Photoshop and devoting more time to fusing the artists with their characters. Taking into account things like the orientation of the face or the integration of the arms. I got myself a reflex camera, and started thinking more about each portrait, talking to each artists about different ideas before shooting. The portraits became a collaboration with each captured subject. 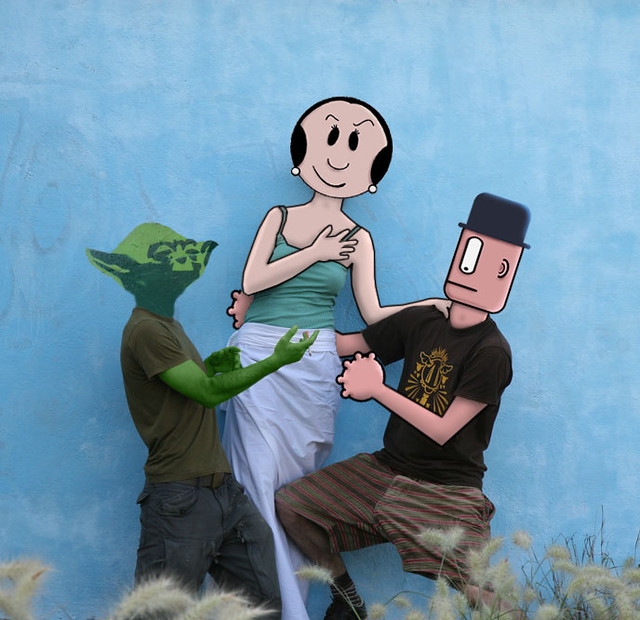 Instead of just taking a quick picture of the artist in action, I went to their houses and studios to capture them in their natural habitat, surrounded by their tools and artworks.

This allowed me to take pictures of the artist and the character (from a painting, illustration, toy, etc.) the same day, with the same camera and the same light. Even if I used a digital illustration that could be easily sent by mail I took pictures of it in the same place. This is very important for me to prevent frustrating situations of nearly-impossible color and light integration I have experienced in the past with pictures of characters provided by the artists. 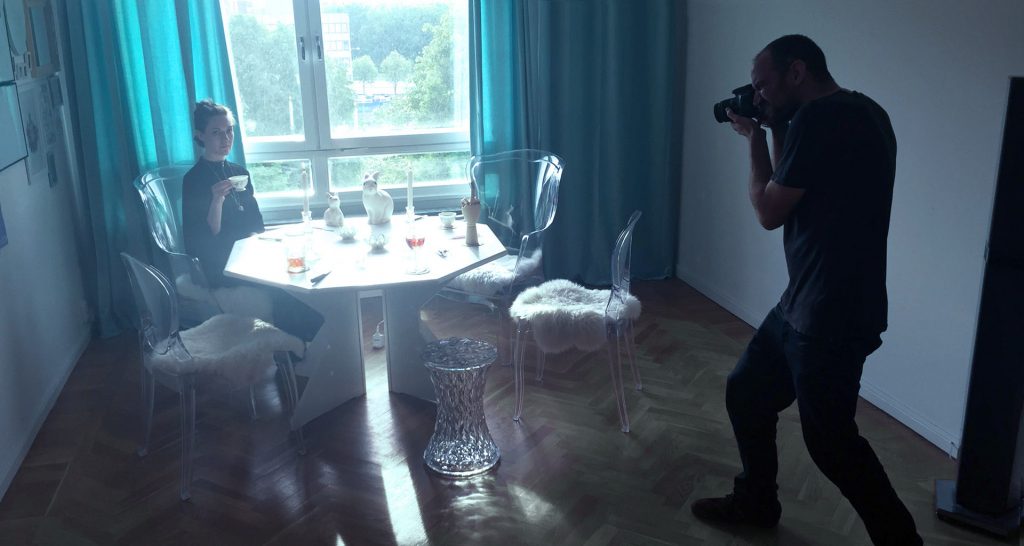 Knowing which character I was going to use for the symbiosis beforehand also allowed the artists to copy the pose, this made the postproduction work in Photoshop a lot easier for me.

I started taking pictures of artists I had never met before, not just friends or friends of friends. With the arrival of social networks, it was very easy for me to contact any artist and show them the project so they could see what I do before subjecting themselves to my experiments.

One day I decided it made no sense to constrain the project to graffiti writers and street artists. I don't like limitations, especially the ones we put upon ourselves. So I started portraying artists from different scenes. From art-toy designers to 3D modelers, pop surrealists or tattoo artists. The project started growing, when I traveled to any city I contacted the local artists to take pictures of them. 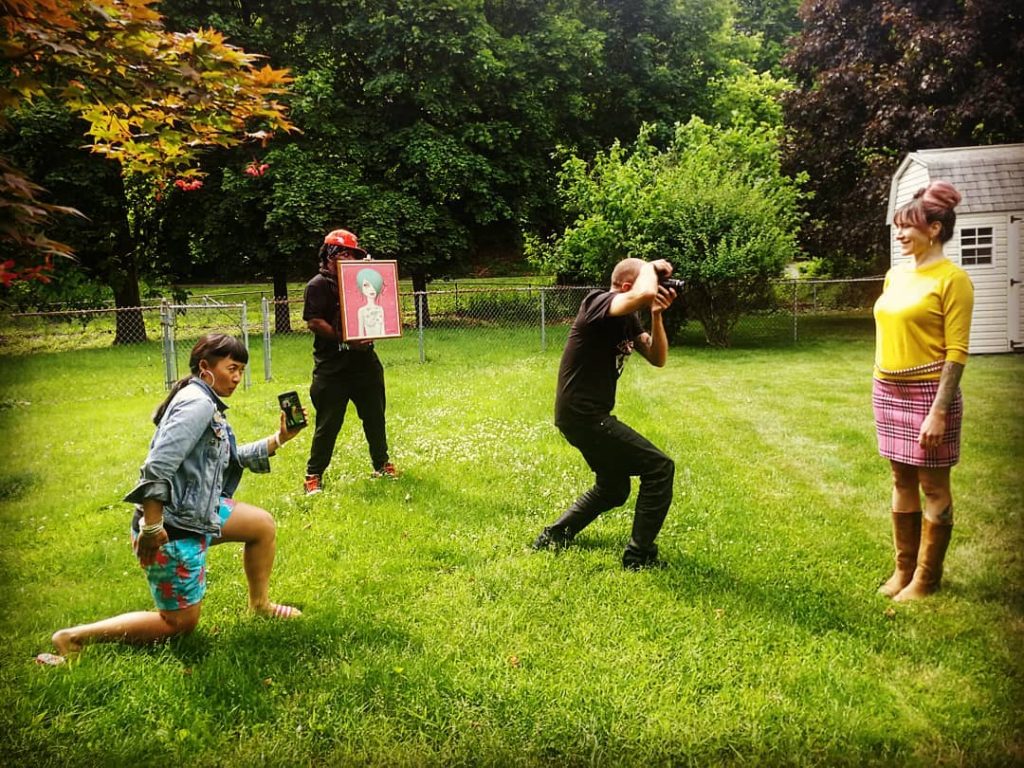 And this is the way this project that started as a way of preserving the anonymity of graffiti writers and street artists on the Internet, ended up transforming me into an itinerant digital surgeon that still today continues looking for artists willing to subject themselves to his photographic experiments voluntarily.

But this is just the beginning of my journey. After a while, I realized my digital photo-composition techniques allowed me to capture more than just the physical appearance of the artists. So I started trying to capture their whole world, their ideas, their philosophies of life and their messages. This is how a whole new dimension of the project started: The Occult Meaning of Symbiosis. 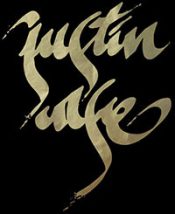